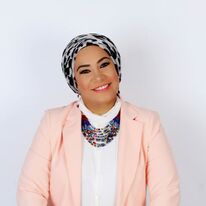 Nada Alwadi is a PhD student at the school of public and international affairs in Virginia Tech. She is also a storyteller and a trained journalist with more than 15 years of experience in the media sector.  Alwadi holds a master’s degree in mass communications and is a Fulbright Alumna from the school of journalism, University of Maryland. She is the winner of the first James Lawson Award for achievement on reporting on nonviolent conflict in 2011, presented by the International Center on Nonviolent Conflict in Washington DC. Alwadi’s past writings were featured in New York times, USA Today, and Open Democracy. Her latest academic writing was published in the book “The whole world is texting” …   Alwadi is Bahraini American, her research focuses on exploring Internet Governance and its relation to Cyber resilience in the Arabian States of the Gulf. 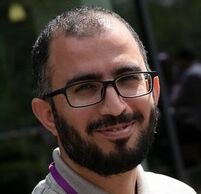 Mehmet Artik is a motivated political economist with 5 years of experience in the subject of Islamic finance and economics, sustainable development, management and governance. Specialised in the inquiries about the power-knowledge relationship in the context of economic institutions and organisations, moral economy practices.

Ali Kniss is a doctoral candidate with the co-supervision between Doctoral School "Legal and Political Sciences" at the Aix-Marseille University and Faculty of Humanities and Social Sciences at Tunis University.
His primary research interests are the relationship State and local community in Tunisia and represents the legitimacy of the state in relation to economic at revolutionary context. He examines the process of the protest movement that took place in Jemna in the south-west of Tunisia since 2011, restoring the case of “Stil” farm “Hensheer Al-Muammar” as a basis of the State local - community conflict over land ownership, exploitation. While the state has been defending its right to manage “Hensheer Al-Muammar/Stil” as a state property, either directly or indirectly, since independence. The local protest movement, which evolved to represent a local social movement, affirms the right of the people in their land, which was seized by French colonialism and continued to be acquired by the state. The Revolution of January 2011 is considerers the historic opportunity which enabled the inhabitants of the region to be organized locally and restore the property of the palm oasis and benefit from the financial returns for the public interest by establishing a collective participatory approach that questions public economic policies.
Ali’s prospective dissertation seeks to understand the Tunisian modern state the relationship between the countryside and the political hegemony of cites and the Political representation and the narrative of the countryside. Specifically, it examines "modern national state" project in Tunisia. The political system in Tunisia, in several stages of the country's post-colonial history, was exposed to oppositions, uprisings, and revolts. Which are based on the social and economic basis but go beyond the question economic and social questions to reveal the society's ability to resist and restore its historical narratives against the central state as an independent political actor. 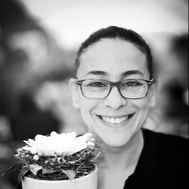 Dalia Wahdan holds a Bachelor and Masters of Anthropology from the American University in Cairo and Ph.D. in comparative urban sociology from the University of Pune, India. Since graduation, I have worked on infrastructure, urbanization, and livelihoods in the Global South and lately, I have been writing and learning about finance, land, and power regimes in Egypt and the Arab World. I held few interesting post-doctoral research fellowships at Freiburg University, Germany, Jawaharlal Nehru University, India, and University of Cape Town, South Africa, as well as few grants from CODESRIA, CLASCO, IDEA in 2013 and the Arab Council for Social Sciences in 2018 to study the post-2011 political economy of urbanization in Egypt. My academic publications and scholarly pieces for a wider readership center around privatization, spatial politics, failed urban plans and urban subjectivities since the twentieth century. 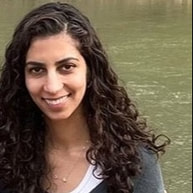 Bita Mousavi is a Ph.D. candidate in History and Middle Eastern and Islamic Studies at New York University. She is interested in the material politics of religious revival and land, soil, and subsoil struggles in twentieth-century Iran. Her dissertation project, "The Parasitic State: Nature, Wealth, and the Iranian Nation, 1960-2000," argues that the contradictions of oil-fueled developmental nationalism, not a struggle for or against Islam, have set the terms for conceiving and critiquing the state across Pahlavi and post-revolutionary Iran. 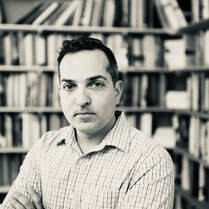 Dotan Greenvald is visiting scholar at the Center for Jewish Studies at Harvard University. He holds a joint Ph.D in Hebrew and Judaic Studies and History from New York University. His research focus on the development of the Israeli nation-state, economic and social mobilization in 20th Israel/Palestine, Jewish-Arab relationships, and modern Middle East geopolitics. With a particular focus on communities that have been marginalized in political narratives, Greenvald explores the evolution of civil society in the geographic, economic, and cultural periphery of the modern state of Israel and the political challenges it poses to the hegemonic nation-state. Using a history-from-below framework, he is most interested exploring spaces of social reproduction, sovereignty, and the contest between ideology and the normative power of daily life in changing political contexts in Israel and Palestine. Greenvald is currently working on his book manuscript that examines the nexus of consumerism, nationalism and political power in the Zionist Yishuv during the British mandate in Palestine. In this research he argues that in cities where Jewish and Arab population coexisted, the mundane day-to-day political economy continuously redefined the boundaries of Zionist influence. 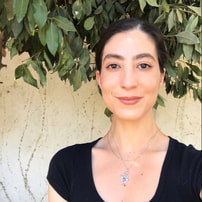 Heeba Hartit is a PhD student in the Comparative Literature & Languages department at the University of California, Riverside. She studies 20th and 21st century Arabic, French, and Francophone texts along with 19th and 20th century French and German socio-economic theory. Her research interests focus primarily on representations of labor and gender under a neoliberal landscape within the context of Morocco (The Years of Lead and its afterlives). 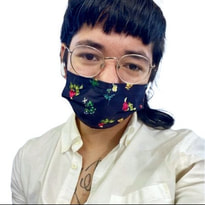 Michael Clevenger (they/them) is a JD-Ph.D. student in Global and International Studies at the University of California, Irvine. They hold an MA in Anthropology from the University of Chicago, and a BA in Political Science from New College of Florida. Their dissertation is on North and East Syria (Rojava) from an African and West Asian perspective and they research the political economy of (dependent) development; economic geography; critical agrarian studies, TWAIL; imperialism, and comparative anti-systemic movements. They are active in the ND movement with Anakbayan. 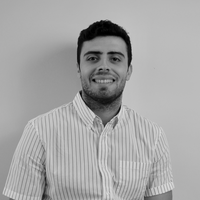 I am a history PhD candidate at the University of California, San Diego. My research lies at the intersection of developmental, political, and ecological history of the Modern Middle East. My dissertation focuses on state modernization, planning, and development in post colonial rural Lebanon. Prior to academia I worked as a researcher and analyst at the BBC Media Action, the Century Foundation, and the Carnegie Middle East Center. I am also a writer and editor with bylines appearing in several American and Arab magazines and journals, you can find them here. 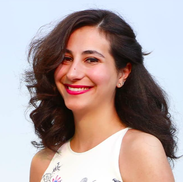 Mona Khneisser is a PhD student in Sociology at the University of Illinois at Urbana-Champaign. Her research interests include social movements, critical development studies, water infrastructure, and political economy, focusing on Lebanon and the Arab region more broadly. She graduated with an MA in Sociology from the American University of Beirut (AUB), Lebanon, and has previously worked as an Instructor and Researcher at the Sociology Department at AUB, as well as the Issam Fares Institute for Public Policy & International Affairs and the Asfari Institute for Civil Society & Citizenship also at AUB, Lebanon. Her MA research in Sociology has examined alternative forms of collective mobilization and organization that developed during the 2015 garbage crisis in Lebanon, and was published in the Journal of Critical Sociology and awarded the Erik Olin Wright Distinguished Article Award (2020). Her current research examines the World Bank-funded Bisri Dam project, offering a material hydro-geological lens on post-colonial state-building, and the political economy of infrastructural developments in Lebanon. 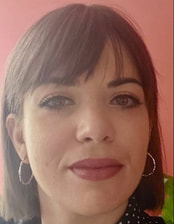 Fadia Panosetti is an FNRS PhD candidate at the Université Libre de Bruxelles – Belgium. She is currently completing her dissertation project that focuses on the politics of changes in land use, property relations and livelihoods in contemporary Israel/Palestine. Her work lies at the intersection of agrarian studies and political economy, settler colonialism and indigenous studies. She has published her work in Mondes en Développement, Antipode Online and Jerusalem Quarterly and, in 2021, she co-organized a series of workshops titled “Conversations about Kurdistan and Palestine: Rurality, Rural Lives, and Alternative Futures”. 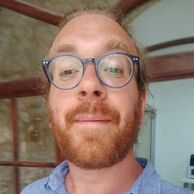 Francesco Buono is the current Country Director of the Italian NGO AVSI in Palestine and a PhD student in Palestine Studies at the University of Exeter. Born and raised in the coastal city of Ventimiglia Francesco has developed a strong connection to the mediterranean and its cultures. This interest brought him to discover Palestine and grow a deep interest in its contemporary history and socio-economic condition.
Currently Francesco is researching social fractures in the post-Oslo urban Spaces of the West Bank. 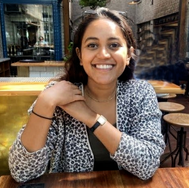 Noosha Uddin is a political science Ph.D student at UCSB, focusing on citizenship, labor migration, and energy transitions in the Gulf Cooperation Council (GCC). Her dissertation research examines how the region-wide shift to renewable energy affects employment policies for both migrants in labor-intensive sectors under kafala and for GCC citizens facing a dearth of job opportunities. She also holds B.As in Political Science and in Economics from the University of Massachusetts Amherst.