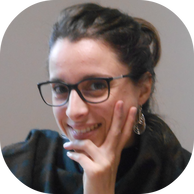 ​Department of Anthropology and Sociology of Development, Geneva
Project: Ethnography of the Jordan Phosphate Mines Company
​
I am a PhD Candidate in the Department of Anthropology and Sociology at the Graduate Institute for International and Development Studies (GIIDS) in Geneva, Switzerland. My research project deals with the politics of work and employment in the phosphate mining industry in Jordan. It is an ethnographic study of the Jordan Phosphate Mine Company, the largest mining company in Jordan. Before my PhD, I conducted research on civil society in Syria. I studied Arabic at the University of Damascus. My research interests include mineral politics, labour, international development, civil society and Middle Eastern politics. I have published articles on the labour movement in the Jordanian phosphate sector, on NGOs and the Syrian state, and on international developmental aid. I am currently Junior Research Fellow at the Institute for Human Sciences in Vienna, Austria. In 2015, I spent one year at Columbia University in New York as visiting scholar at the Middle East, South Asian and African Studies Department (MESAAS). During my PhD, I also worked as teaching assistant in the Master's programme on Development Studies at the Graduate Institute in Geneva, where I taught a course on the political economy of international aid. 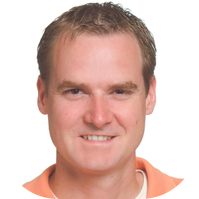 University of Arkansas
Project: Palestinian Labor in the Settlement Industrial Zone of Mishor Adumim and Agricultural Labor on Settlements in the Jordan Valley
​
I have been in Palestine since February 2013 doing fieldwork and writing my dissertation in anthropology at the University of Arkansas. My interest in the Middle East began when I spent a semester abroad in Cairo and visited Palestine in the spring of 1996.  I returned to Egypt in the summer of 2001 and spent a year and a half working for a study abroad program based there.  As part of my work, I visited Jordan, Syria, Lebanon, Palestine, and Turkey.  In 2003, I began leading short-term study abroad tours to Egypt for American college students and led eight different groups over the next five years.

In fall 2006, I began my MA in Arab Studies at Georgetown University and did research in Lebanon in the summer of 2007.  After finishing my MA in 2008, I directed a summer Arabic program in Amman for American high school students. I then spent the 2008-2009 academic year in Damascus as a Fulbright researcher.  In the summer of 2009, I worked with another summer Arabic program for American high school students in Marrakech and then began my PhD program at University of Arkansas.  The summers of 2010 and 2011, I studied Arabic in Oman and at Birzeit University in Palestine, respectively.

During my field research in Palestine I received funding from the Palestinian American Research Center and the CAORC Mediterranean Regional Research Fellowship. This past year I have been able to present parts of my research at the International Conference of Critical Geography, Middle East Studies Association, American Anthropological Association, and at Exeter University for the Settler Colonialism in Palestine & workshop on the Naqab Bedouin. This summer I am moving to Amman, Jordan, and will continue to write my dissertation with hopes to finish next spring. 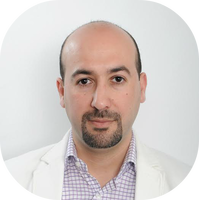 Abuthaher got his degree in civil engineering from Birzeit University in 2002 and was assigned there as a teaching and research assistant. While working at the university, he started his graduate study and got an M.Sc. of engineering in urban planning and design in 2006, where his main field of research was sustainable urban development.

Since 2003, Abuthaher worked at UNRWA as an instructor of land surveying and land management, and participated in setting up an educational program on land information systems in cooperation with the World Bank. Meanwhile, he was working as a freelance engineer as well as a civil engineering instructor at Birzeit University.

In 2010, Abuthaher published a paper that was abstracted from his M.Sc. thesis about sustainable urban development in Palestine in the proceedings of the First International Conference on Sustainable Urbanization held by The Hong Kong Polytechnic University.

Later, in 2015, Abuthaher got a scholarship to join the Ph.D. Program of Social Sciences at Birzeit University as a full-time Ph.D. student in the track of History, Space and Community, where his main field of interest is the spatial context of socioeconomic segregation in Palestine. In May he presented a research narrative on the same issue in a conference entitled “Inequality and Marginality in Local, Regional and Global Contexts” at AUI, Morocco. 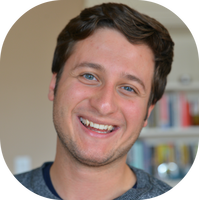 Boian Boianov is an anthropology graduate student at UC, Santa Cruz. His research is focused on the development of capitalism in the Arabian Peninsula, analyzed through the lens of water sharing arrangements in southern Oman. He has received a Fulbright fellowship and a Sultan Qaboos Cultural Center Research Fellowship, which will fund fieldwork in Oman beginning in September. He received his B.A. in math from the University of Rochester, where he was awarded a Take Five Fellowship. 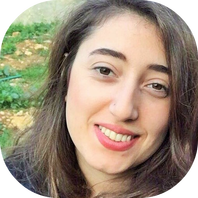 I am PhD candidate in city and regional planning at the University of California, Berkeley. My training in city planning is trans-disciplinary and draws on works in anthropology, geography, and political theory. In addition to my regional focus on the Middle East, my interests fall broadly within urban studies and development studies. I have conducted research in Lebanon and Tunisia, and my topics of interest include the concept of the political--especially the ways in which it could be provincialized to think about the current (post)revolutionary moment in the Arab world--territory in relation to sovereignty, land commodification and citizenship, and the nexus of knowledge and expertise.

The questions that drive my dissertation research are: Why is Tunisia municipalizing and what are the effects of municipalization on regional inequalities which separate Tunisia’s inner and coastal regions? I focus on “municipal encounters”; the everyday encounters between citizens and municipal bureaucrats related to land. Against existing work on Arab revolutions which has tended to focus on national-level dynamics, I scale down to the subnational level to show what “municipal encounters” make visible in terms of understanding and governing territory at this historical juncture.

I hold a Master of Urban Planning and Policy and a Bachelor of Economics both from the American University of Beirut. In my masters research, I explored how three spatially contiguous peri-urban municipalities located twenty minutes away from metropolitan Beirut have differentially managed a surge in informal construction in 2010-2011 to protect both communal and economic interests vested in land. Before pursuing my graduate studies, I worked for the World Bank’s Urban and Social Development Unit and consulted for the Lebanese Prime Ministry. This experience as a practicing urban planner also drives my research agenda. 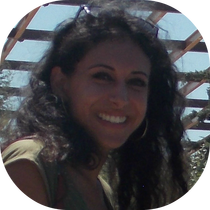 City University of New York
Project: Reconfiguration of Rural Property Relations and Migration Patterns in Lebanon
​
China Sajadian is a PhD student in the Department of Anthropology at the City University of New York Graduate Center. Her preliminary dissertation research explores rural property relations, agrarian political economy, housing, labor migration, and refugee resettlement policies in Lebanon from an ethnographic and historical perspective. She holds a BA in Government from Smith College and an MA in Anthropology from Columbia University, where she was a recipient of the US Department of Education Foreign Language and Area Studies Fellowship. She previously worked as a researcher for the UN Relief and Works Agency in Lebanon and has also researched and worked in Palestine and Jordan. She currently teaches in the Department of Anthropology at Brooklyn College. 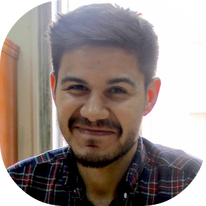 Using waste as a lens through which to investigate the production of urban space, hygienic subjects, and difference, I seek to understand the relationship between sanitary infrastructures and uneven development. In my master’s thesis "Cleaning the Homeland: From the Work of Revolutionaries to the Tactics of a New Regime," I examined the politics of waste management campaigns in Cairo before, during, and after the revolutionary events of January 25, 2011. My dissertation tentatively titled “Waste, Capital, and Desire: The Politics of Sanitary Infrastructures in Cairo” examines the historic and contemporary development, maintenance, and failure of Cairo’s solid waste management system and sewer system in relation to uneven urban development. This current work has been funded by the National Science Foundation, the Center for Arabic Studies Abroad, and the Center for Culture, History, and Environment at the University of Wisconsin-Madison.

I am also engaged in other collaborative projects on waste including a project on popular representations of hoarding, a project on the North American hazardous waste trade, and more recently an interdisciplinary project which takes my interests in waste, sanitation and cleanliness to the scale of the body tracing the emergence of the microbiome. In addition to my academic work, I am also committed to public scholarship some of which can be accessed below. 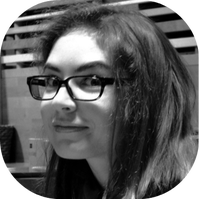 Artemis Kubala was born in 1991 in Belgium, a child of Polish and Hungarian immigrants. Artemis obtained her master's degree in law, with a specialization in international and European law at Antwerp University in 2014. “Transnational Jurisdiction in Article 9 of the Maastricht Principles, transcription for Non-State Actors: Enterprises” constituted the topic of her master thesis. During her law studies she spent time in Czech Republic and Poland in order to benefit from European and international law courses at respective the Masaryk University in Brno and the Nicolas Copernicus University in Torun. In connection with her law studies she fulfilled an internship at the Flemish Refugee Action, as well as at the office of the public prosecutor, civil department.

Because of her interest in conflict areas, specifically the occupied Palestinian territory, and political and world-system approaches, Artemis pursued her education at Ghent University, at the department of social and political sciences. She obtained the postgraduate master degree in conflict and development studies (Sub-Sahara Africa and the Middle East being her area studies) in 2015. The topic of her master's thesis was “The Political Economy of   Stone Industry in the West Bank” for which she conducted fieldwork in the occupied Palestinian territory during April and May 2015 – with the support of a stipend from the Flemish Inter-University Council (VLIR). In the line of her interests, Artemis participated in a basic course on the topic of asylum procedures as well as a course in extractive industries and organizational skills on learning events, both in 2015. Her article “Rehabilitation of Stone Quarries in Palestine: Geo-political and Geo-environmental Context,” a derivative product from thesis research in the occupied Palestinian territory, is currently being taken into consideration for the International Conference on Smart Cities Solutions, which is to take place in Gaza in August 2016.

Starting from January 2016 Artemis has been an intern at the legal research unit at Badil Resource Center for Palestinian Residency and Refugee Rights in Bethlehem (occupied Palestinian territory). The focus of her work there is mainly producing two working papers on forcible transfer of Palestinians, assisting in the production of the Al-Majdal magazine, legal research, editing and elaboration of conceptual frameworks.

​Besides attempting to acquire more knowledge of the Arabic language, Artemis’ fields of interest are world-system approaches, political economy, human rights, international law, conflict theories, religion, conflict and development, Central Europe and the Middle East – with a focus on the occupied Palestinian territories.